This system is designed for sensitivity on low level threshold drugs and for new drug and metabolite identification. With the MultiQuant and Analyst software this system allows for: 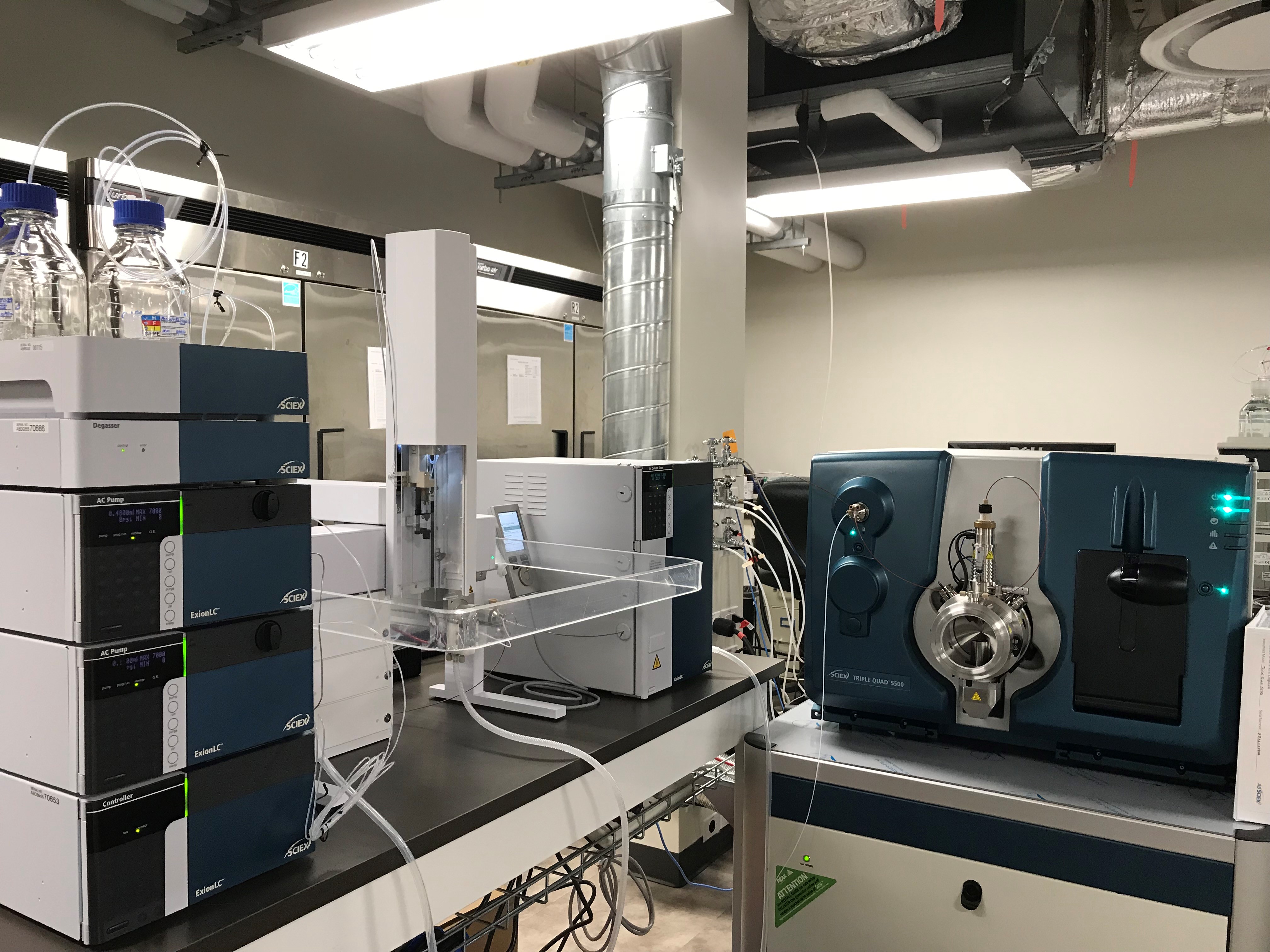 This system is equipped with a high efficiency UHPLC Exion LC system rated for 660 bars. Sample handling for the UHPLC is done with a PAL Liquid Injection System with a LC-MS wash module and three drawer thermostated stack that provides high sample capacity, high throughput and low carryover. 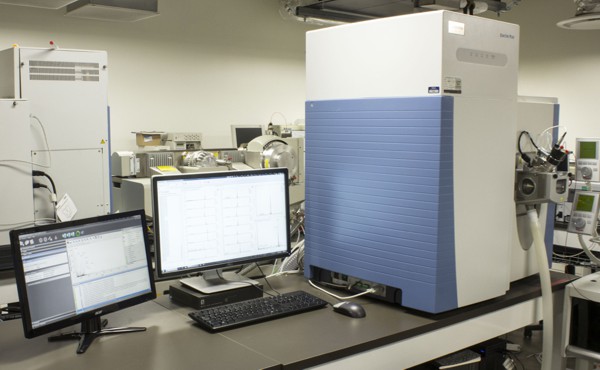 The mass spectrometer is equipped with a probe that can be easily switched between APCI and ESI ionization. Rapid switching between positive and negative polarity is possible during a run to optimize sensitivity when a variety of molecules are present.

Instrument operation and data collection is done with the latest version of Thermo’s XcaliburTM software. The UHPLC portion of this system is part of a Thermo Transcend II LX-4 multiplexing system.

The Transcend II LX-4 system allows four HPLC systems to be connected to one detection system to optimize sample throughput. Up to four separate methods can be run simultaneously on independent LC channels. When fully optimized, the LX-4 has the potential to achieve the throughput of four separate LC/MS systems with only a single MS detector. 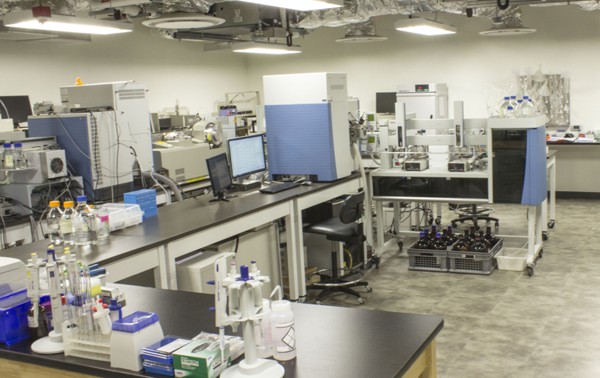 The benefits of multiplexing does not reduce data quality. The operation of each multiplexed LC system is staggered and parallel. The mass spectrometer is dedicated solely to a single sample stream during the critical elution step. This maintains sensitivity and data quality for all channels. 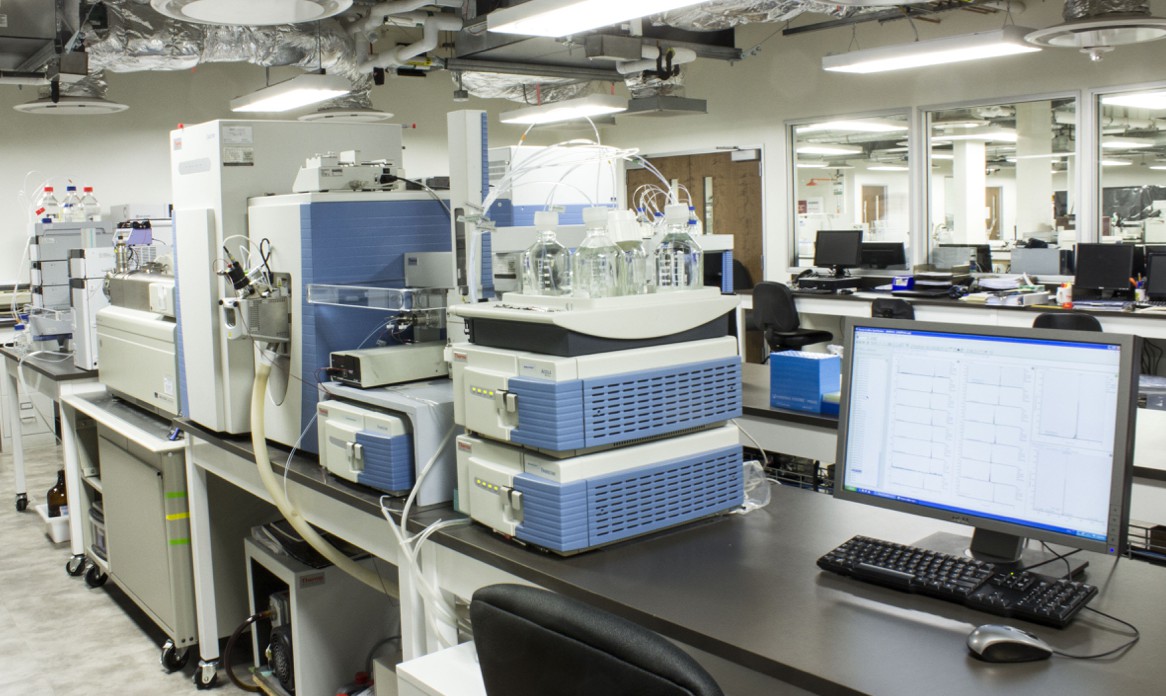 The mass spectrometer is equipped with a probe that is easily switched between APCI and ESI ionization. The instrument also allows rapid switching between positive and negative polarity during a run to optimize sensitivity when a variety of molecules are present.

The LC/MS system includes a Thermo Accela UHPLC front end capable of using microbore columns operating at up to 600-bar pressure. Automation of sample analysis is done with a CTC PAL thermostated auto-sampler with UHPLC injector. Instrument operation and data collection are accomplished with the latest version of Thermo’s XcaliburTM software.

Approximately 18 months after bringing the Exactive into full-time screening mode, ALS upgraded the Exactive System by adding multiplexing capability. Multiplexing basically allows multiple HPLC’s to feed into one MS detector. Presently, our system is using two HPLC’s to increase the sample throughput although the system we purchased will allow up to four HPLC’s.

This novel technique takes advantage of the time an MS typically spends idle while columns are flushed and/or equilibrated by time-staggering the LC methods so that the compounds being sought elute in succession. The MS is still dedicated to the portion of the LC run where compounds elute so the data quality remains the same.

We estimate that by multiplexing we can screen 30% to 40% more samples in a given timeframe. Since we often test multi-days of race samples from one shipment, the ability to get a larger number done in a shorter timeframe helps us significantly with meeting our clients’ turnaround time requirements.

The 4000 Q trap is a triple stage quadrapole LC/MS/MS system that has as its third stage a linear ion trap. This combination is suited for new drug and metabolite identification. Its unique combination of detectors coupled with its advanced Analyst® software allows for: 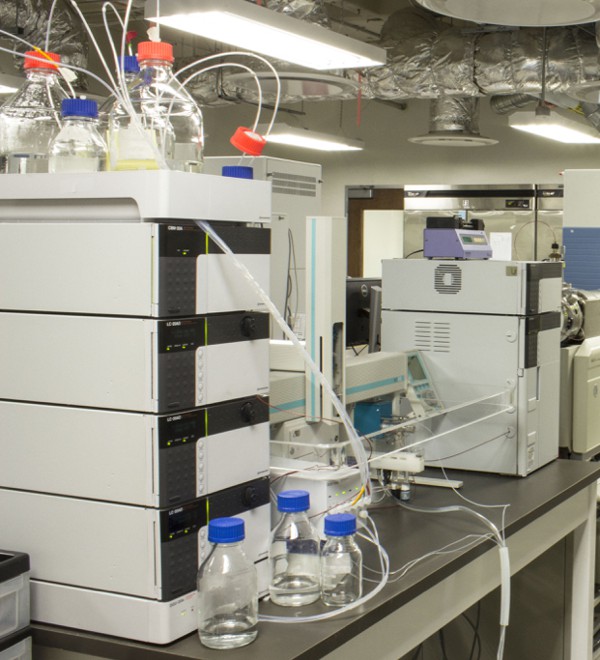 This system is equipped with a Shimadzu 20AD HPLC system that has 3 pumps for complex gradients, column temperature controller, and an additional UV detector.

Sample handling for the HPLC is done with a CTC HTS-PAL thermostated auto-sampler, which has the capability of holding up to 400 vials.

The Agilent 7890A/5975C Gas Chromatograph/Mass Spectrometer is equipped with a 7693A automatic liquid sampler, a large-volume injector, and an APEX ProSep Series 7 large-volume inlet. The large-volume injector allows for an increase in the sample volume to be injected into the instrument, thus attaining an increase in sensitivity for the majority of compounds. The use of this large-volume injector was first applied at the University of California, Davis, to improve their sensitivity for direct instrumental screening. This injector coupled with the latest Agilent GC/MS model provides exceptionally sensitive testing. Extracted samples are dried in vials that the autosampler dispenses derivatizing reagents directly into. It then injects the sample. Derivatization of the sample occurs directly on the ProSep inlet. The system is controlled by Chem Station software. The libraries on the system are NIST, AORC, and Truesdail. 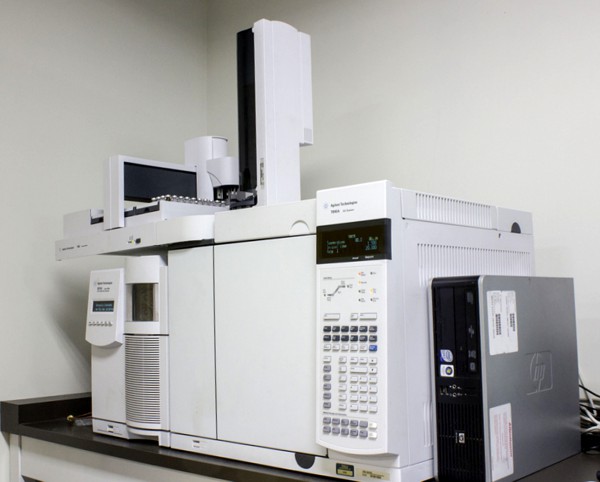 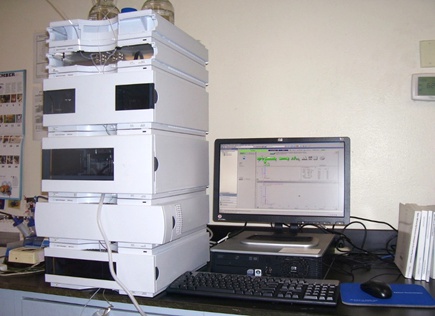 A Shimadzu 10A system including: two LC-10AT pumps, SCL-10AVP controller, and SIL-10ADVP auto-injector. The system has a SPD-10AVP UV-Vis detector and a SPD-M10AVP diode array detector. 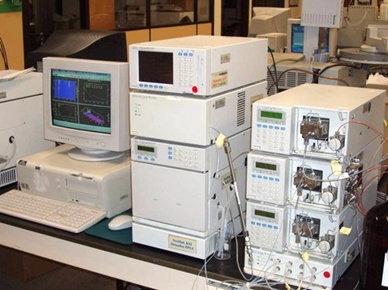 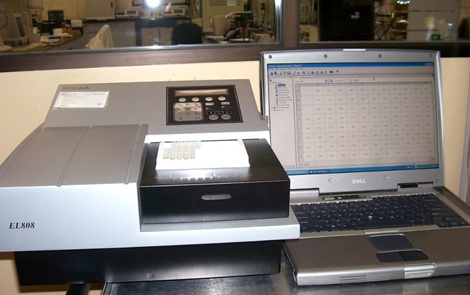 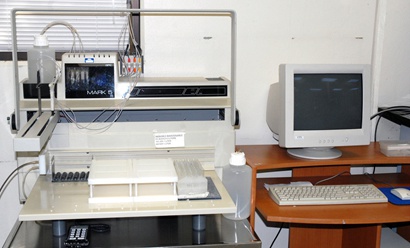 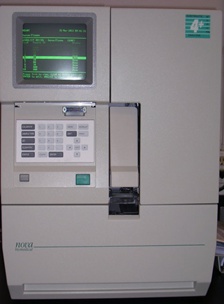 This benchtop ICP/MS system features full computer control and auto tuning. It features the octopole reaction system which provided optimum removal of interferences and thus, excellent sensitivity. The P.C. controlled system has Agilent’s “Mass Hunter” software for data processing and report generation. The unit is configured with Agilent’s X500 Autosampler. This unit provided space for up to 360 samples. 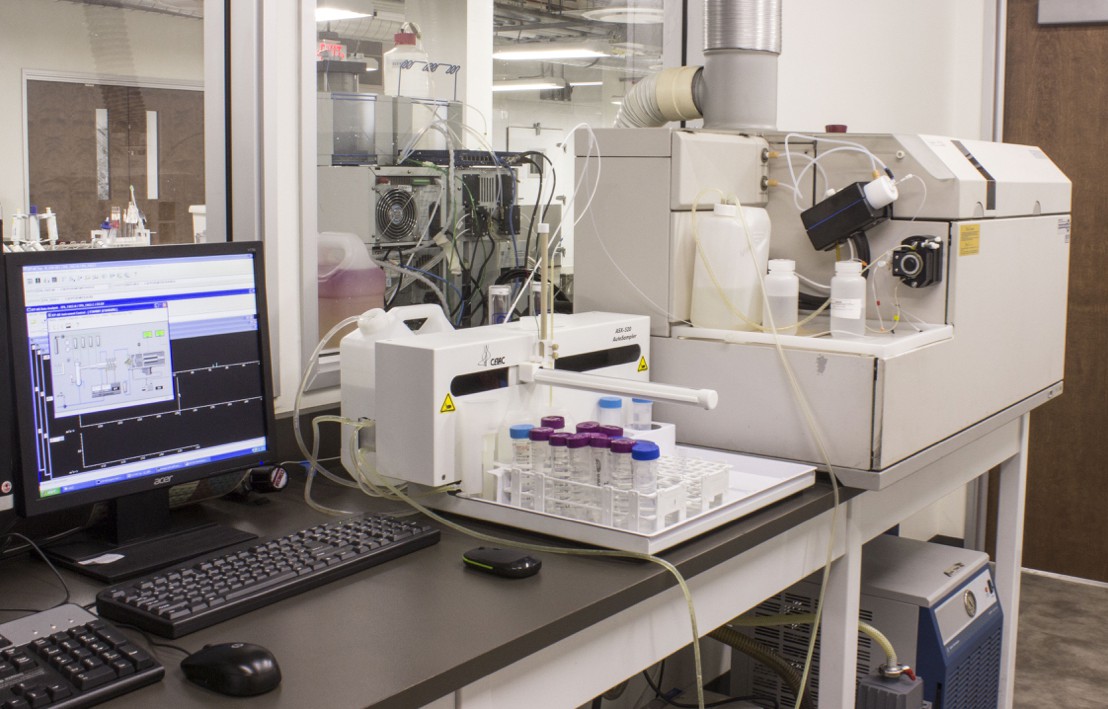